Thanks to you all for your good wishes re the move.  It went okay but there are still LOTS of unpacked boxes sitting in the garage - not only can I not get to the workbench we can't get the car in!! :)  We arrived in Australia with two suitcases - where did all this other stuff come from???????
Internet was finally connected yesterday so I can begin to catch up on what's been going on out there recently.  Not sure when I'll get to do anything productive in the mini world but at least I feel that I'm 'back in the loop' again which is a good thing. 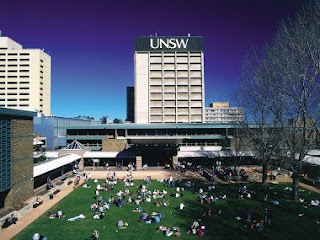 And I'm back at uni!  A bit of a shock to the system after having the whole of last semester off, which was preceded by the summer vacation, so it's several months since I've had to find the discipline to study.  The time off was beneficial and fun but I fear that my brain has grown a bit of mould ;)
A warm welcome to all the new faces on my Followers list! I have had a look at some of your profiles to look for links to your blogs but on many of them I can't find the link which is a shame so if you have a blog perhaps check your Profile settings to make sure your blog link is featured.

Taking time out to move

We're moving house on the weekend so just letting you know that I'll probably be absent from Blogland for a little while due to moving and resettling chores and also I'm anticipating that we may have a bit of a wait for the internet to be reconnected.
A big plus at the new place is that there is an area in the garage where I'm hoping to set up a workbench - that'll be a real luxury - no more sawdust all over the living area :)
See you all soon but right now I've got more boxes to pack ...
﻿
Posted by Norma Bennett at 3:11 PM 19 comments:

I have recently discovered Daphne's new blog - I'm totally entranced and just can't keep it to myself.  Here are a few images from the cottage... 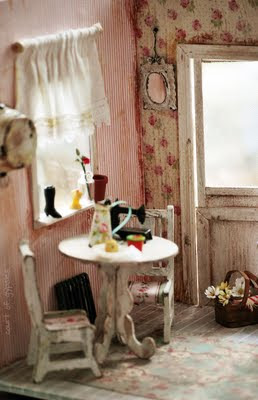 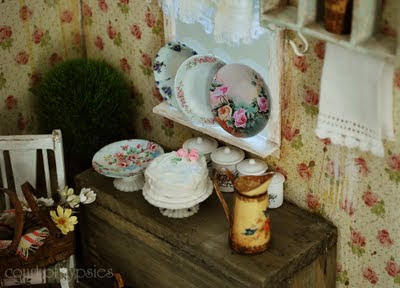 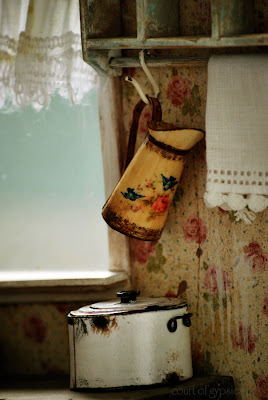 Pop on over and take a look:  click here
PS - Daphne is about to announce a giveaway - don't miss it!
Posted by Norma Bennett at 1:41 PM 19 comments:

I just found this image of this incredible miniature paper construction on Pinterest and followed back to the source - click here to go to the source page at Merveilles en papier - the link is to the November 2010 archive where this creation appears.


Oh to have the courage and skill to even attempt something like this! 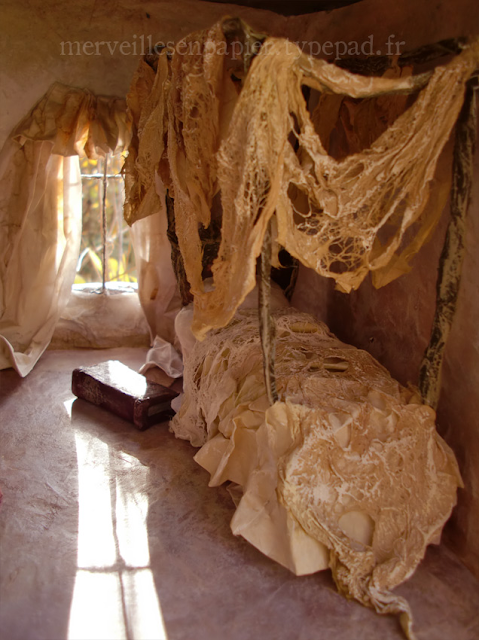 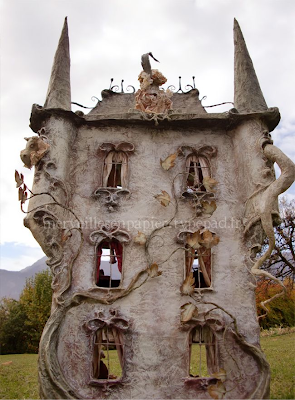 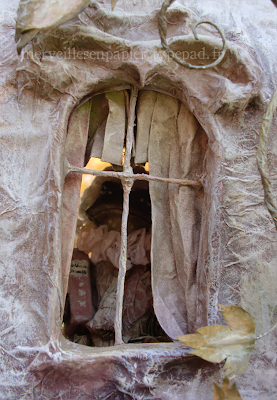 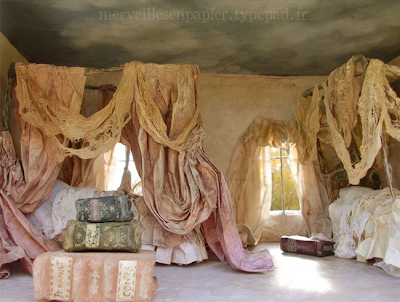 Before going to New Zealand recently I looked through Carolyn's blog to see what I could possibly make for the 'girl who has everything' :)  Eventually I decided on a  simple white upholstered chair for the lady's bedroom in the shabby cottage.  However when we put it in there it just didn't look right, this is a difficult room to work with because the floor area isn't large and the vertical space is cut into with attic gables.  Carolyn got around this problem with great ingenuity, she simply slightly downsized the furniture which cleverly gives the illusion of space - and it was an illusion that fooled me!  The standard 1:12 chair looked totally out of place, however you could say that Carolyn's "loss" is Liberty's* gain because it's now gone off to her (after the addition of a couple of fairy cushions), and the 'French tapestry' cushion that accessorised the chair originally went to Mona because it matches the portrait on the bedroom screen she won in my recent giveaway.  *(Mercedes' daughter @ Liberty Biberty)


I had planned to make something for Carolyn's shabby cottage little boy's room too but ran out of time, and inspiration, before leaving but once I saw the room 'in the flesh' I knew just what to make for it.  So I haven't been entirely idle recently (nor spending 100% of time on my Pinterest!) - here is the beanbag and vintage Biggle's books (which Carolyn and her son have a soft spot for) - made since my return - bottom pic (courtesy of Carolyn) shows them in their new home - the little cushions were made by Carolyn and already in the room.

I've also made a simple little wooden bench for the end of the lady's bed in Carolyn's shabby cottage. I'm hoping it will suit the space and that the colour will be close to the blue accents in the rug. It's not in the mail yet so here it is photographed in the bedroom of my 1:16 house with a photograph of it's 'destination' next to it - hope you'll like it Carolyn!
PS - Since this post was published Carolyn has received the bench - and here it is in place 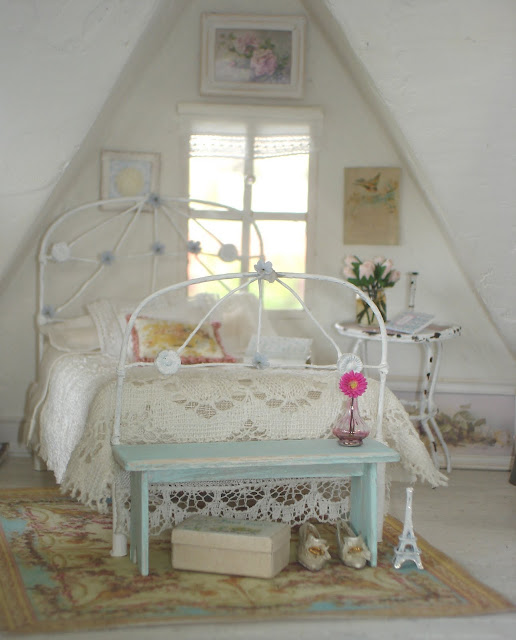 I'm so relieved to see the size and colour are just right
And I've received a second gift from Carolyn, some more pretty plates.  The florals will probably go in the shabby French apartment and the others in the modern kitchen that is still 'on the drawing board'.  Thank you Carolyn, they're just wonderful.
Click here to visit Carolyn's blog  (Carolyn's Little Kitchen) and see more of her gorgeous shabby cottage and her original dollhouse, a Dutch canal house.
The bedroom in my 1:16 house is empty because all the furniture is packed away ready for our 'real world' move in a couple of weeks.  I wish the real apartment was as easy to pack as the dollhouse!!
Posted by Norma Bennett at 2:41 PM 6 comments: